"An artist striving and looking for the next step to take in their craft."
- Rod Duguay, Providence Journal

Every song on the five track album was written by Shaw and covers a range of influences, calling to mind a wide array of jazz styles, both traditional and more contemporary. Speaking about the album, Shaw says “In jazz, I’ve always had a voice in my head along with an approach I’ve been going for and I really wanted to put out something that captured the sound I wanted; I want it all to come under a unified voice. I’ve always lacked confidence in my abilities as a jazz musician and for a long time felt that I was hopelessly inadequate as both a player and composer so anything I was doing wasn’t worthy of putting down on record. But as I was turning 30, I started slowly unburdening myself of some of that self-doubt and began to focus more on the joy of the craft and the making of music, rather than the assumptions I had put up as roadblocks. So I hope when people listen to the album that they’ll understand that though I’m still searching and trying to find things, in this moment in time, what you hear is the best representation of what I’m trying to do.” 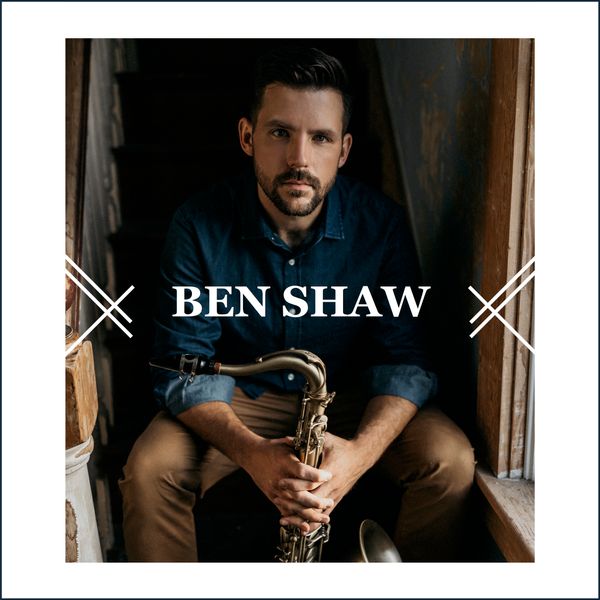 Ben Shaw has an insatiable appetite for creating new music. He composes for a number of groups - ranging in size from duo to octet - in which he and his colleagues perform modern compositions in the jazz tradition. He has performed these compositions across the Northeast as a member of several different ensembles, spending time as both a leader and sideman, and has collaborated with many artists on several recordings and live performances.

In 2020 he released his self-titled debut album, "BEN SHAW", which covers a lot of sonic territory over its five tracks. Shaw spoke about wanting to put out something that explored a breadth of sound with the Newport Daily News’ Rob Duguay, noting “I want it all to come under a unified voice for me, so I hope when people listen to the album that they’ll understand that I’m still searching and trying to find things, but that part of the beauty of jazz — and music in general — is that you’re constantly searching for your next discovery… I chose five songs that echoed the ethereal qualities of jazz along with the spiritual side of it. There’s also some groovy stuff where you can hear the elements of funk and hip hop, then some weirdness and atmospheric stuff, and that all leads up to an epic ending that sounds like a chant. It’s all in there and I’m proud to say that in that moment in time that’s me verbatim, and it shows exactly who I am and what I’m trying to do.” Learn more HERE.

The sheet music companion to the self-titled debut jazz album from Ben Shaw. Includes a forward and poems written by Shaw, and a digital download of the album.

“BEN SHAW: the charts” is a limited 50 book run, all hand numbered and signed, released in partnership with James Toomey and the Where The Living Room Used To Be Podcast and printed by Sheahan Printing in Woonsocket, RI. Includes a forward and poems written by Shaw, and a high quality digital download of the album.