Ben Shaw loves to make music. Not only is he a singer and songwriter, he is a jazz saxophonist and composer, a composer of 21st century classical, a poet, a writer of short-stories, and a music journalist, among many other pursuits. When asked why he chooses to work in such a diverse range of styles and mediums, Shaw has said that he feels compelled to because “After spending so much time in the early years of my practice doubting and maligning everything I wrote or played, I’ve worked hard to rid myself of the high expectations I put on myself. Now, without that burden, I feel free to try anything that comes to mind and to engage in my own creativity, all for the simple joy of making something new.” Through his deep appreciation for a range of influences and mediums, the music he makes comes from a unique voice that stretches over the vast expanse of music and the arts.

As a singer/songwriter, Ben Shaw digs into the uniqueness of American music. Having spent time studying and performing a range of music has given Shaw access to wide array of textures and styles, but with a sound that remains firmly planted in the singer/songwriter tradition. With the craft of a honed musician, he effortlessly blends all these facets together for a rich experience where the sounds of folk ballads and second line rhythms can be heard alongside lush harmonies and contemporary styles. He has often described this approach as being “what you would hear if you were at the Newport Folk and Jazz Festivals at the same time”. This range of style and individual sound lead to him being a semi-finalist in the International Songwriting Competition for his song “Between The Leather And Headlights” as well as receiving a nomination for Best Singer/Songwriter in Motif Magazine’s 2020 Music Awards. He has performed across the Northeast in clubs, coffee shops, bars, and art galleries as both a soloist and with his band. He has released several singles and is currently working to release a debut EP, "Seven Songs", which is available for streaming and purchase on all platforms.

As a composer, Shaw has written for a wide range of ensembles and media spanning the breadth of musical diversity. While his university studies primary focused on jazz and classical music he has shown equal proficiency in a range of disciplines and styles from Americana to hip-hop. Since studying privately with internationally renowned composer Alla Cohen, Shaw has begun to achieve a new level of sophistication and depth in his composing that has lead to notoriety in several national and international competitions. He received high marks from the IBLA Foundation in their 2019 Grand Prize competition for his Solo Flute no. 1  and in the 2018 Grand Prize competition for his String Quartet no. 1, both which earned a distinction in the “Most Distinguished Musicians” category. Additionally, he was a finalist for The American Prize’s 2019 composition competition for his String Quartet no. 1, as well as a finalist in 2020 for his song cycle “Into My Own” for baritone voice and piano.

Shaw has also performed across the Northeast as a member of several different ensembles, spending time as both a leader and sideman. He plays saxophone for many different groups and has also recorded for several artists of local and international renown. He composes for a number of groups - ranging in size from duo to octet - in which he and his colleagues perform modern compositions in the jazz tradition. He has performed these compositions across the Northeast as a member of several different ensembles, spending time as both a leader and sideman, and has collaborated with many artists on several recordings and live performances. In 2020 he released his self-titled debut album, "BEN SHAW", which covers a lot of sonic territory over its five tracks. Shaw spoke about wanting to put out something that explored a breadth of sound with the Newport Daily News’ Rob Duguay, noting “I want it all to come under a unified voice for me, so I hope when people listen to the album that they’ll understand that I’m still searching and trying to find things, but that part of the beauty of jazz — and music in general — is that you’re constantly searching for your next discovery… I chose five songs that echoed the ethereal qualities of jazz along with the spiritual side of it. There’s also some groovy stuff where you can hear the elements of funk and hip hop, then some weirdness and atmospheric stuff, and that all leads up to an epic ending that sounds like a chant. It’s all in there and I’m proud to say that in that moment in time that’s me verbatim, and it shows exactly who I am and what I’m trying to do.”

Aside from being a performer, for many years Shaw organized "Is This Jazz?" which hosted concerts around the city of Providence, RI presenting both local and international musicians exploring the outer limits of jazz. He also served for several years on the board of Newport Art House, an arts non-profit whose mission is to “Nurture, Showcase, and Promote the Contemporary Arts of Newport County”. As a writer, he is also a regular contributor writer to Motif Magazine, where he covers Rhode Island’s evolving jazz scene. Apart from music, he has also begun to write prose and poetry, and has released several short stories which are available to read online.

Benjamin Shaw grew up in Portsmouth, Rhode Island, a small town situated at the top of Aquidneck island that wasn’t home to much else besides suburban neighborhoods sprawling across former potato fields. He had a good and loving childhood, but being in an island town without much to do or see, and with no musicians or artists in his family, the arts were far from his mind. However, when he began to listen deeply to his parents’ CD collection, the radio, and any other recorded music he could get hands on, his fascination with music began to blossom. He would listen with eager ears, drawn to the melodies and lyrical phrases of singer/songwriters, the sprawling orchestration of pop production, and the rhythms of jazz. During the late weeks of summer he would sit on his parents’ porch and would hear the sounds of the Newport Folk and Jazz Festivals dancing up the Narragansett Bay from Fort Adams, wondering where this joyful noise was coming from and dreaming about how he could be a part of it.

In middle school Shaw began to pursue music through learning the clarinet, moving on to the saxophone soon after. While Portsmouth didn’t have a robust arts program, it was through the passion of his high school band director Ted Rausch and various private teachers that Shaw grew his desire for a life in music. He played in every available school ensemble and started several bands of his own with which he would compose and perform. After high school, he went to the University Of Rhode Island to study composition from such diverse musicians as Eric Hofbauer, Joe Parillo, and Eliane Aberdam, as well as studying saxophone performance under Dr. Jared Sims. He graduated with a Bachelor’s Degree in Composition in 2011 and upon leaving began to work full-time as a landscaper in Newport to help supplement his income so he could focus on honing his original voice and music.

Though in the intervening years he has had to continue working full-time in a variety of jobs, he has ceaselessly continued to pursue a life in music. His prolific output includes several recordings of various genres and ensembles, a long list of works including long-form classical pieces and folk songs, and a consistent schedule of gigs with a few different ensembles. After releasing his first self-titled jazz album in August 2020, Shaw spoke about his musical vision with the Newport Daily News’ Rob Duguay, noting “I feel constantly compelled to do all of these different types of music and the most difficult time I have with that is trying to find my voice within those styles. With the singer-songwriter and folk stuff, I’m starting to find my rhythm there and same thing with the classical stuff. In jazz, I’ve always had a voice in my head along with an approach I’ve been going for and I really wanted to put out something that captured the sound I wanted. I want it all to come under a unified voice for me…part of the beauty about jazz, and music in general, is that you’re constantly searching for your next discovery in a way. The journey is never ending, but I want [this music] to serve as a way of saying this is who I am at the core.”

"Where The Living Room Used To Be" Podcast

I have long been a fan of podcasts and have spent countless hours listening to different shows but few hit as close to home as “Where The Living Room Used To Be” does. It’s a podcast solely about the Rhode Island music scene where host James Toomey interviews all the folks who make up this funky state, from the musicians and venue owners to the talent bookers and journalists covering it all. Ever since I first heard the show I have wanted to be a part of this show in some way, and I am wicked excited to say that James graciously allowed me to talk his ear off for a couple hours and that today part of that conversation is available to listen to wherever you get podcasts.

Over this episode and the special bonus eps that will be released in the coming weeks we talk all things music, Rhode Island, my journey, mental health, and some things that have helped or inspired me along the way. My thoughts are rambling and disjointed at times but that’s who I am in real life so it is a pleasure to showcase that part of me and it was an immense honor to be a part of the WTLRUTB Podcast. Head to the link below for quick access to the podcast and make sure you follow or subscribe to get all the episodes as soon as they drop!

Thanks so much to James for his time, patience, and dedication to making this podcast an incredible source of history and insight into our unique little state.

Checking in with Local Songwriters 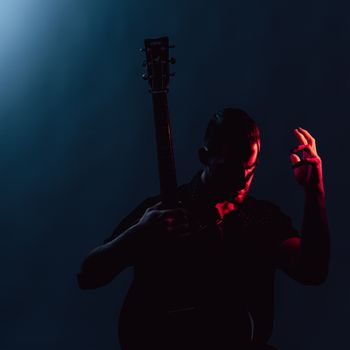 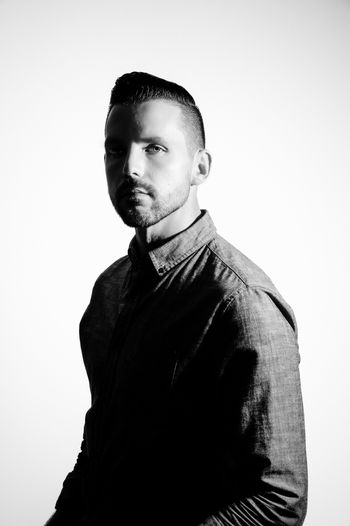 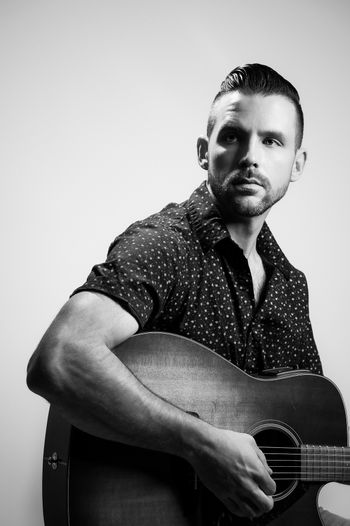 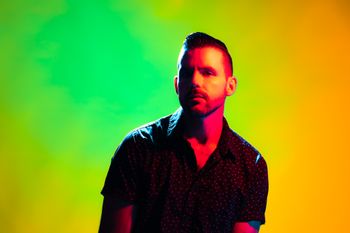 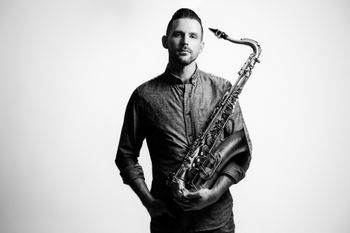 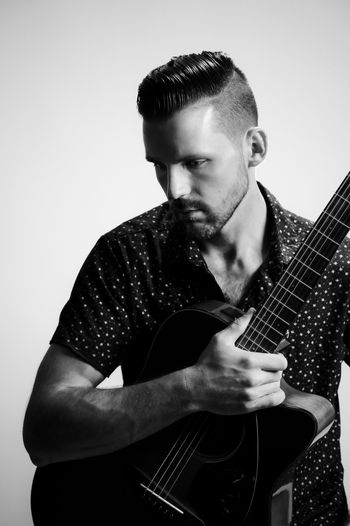 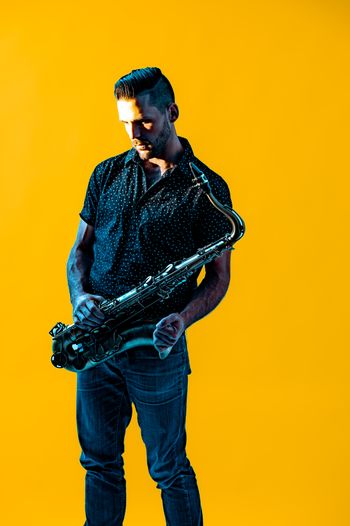 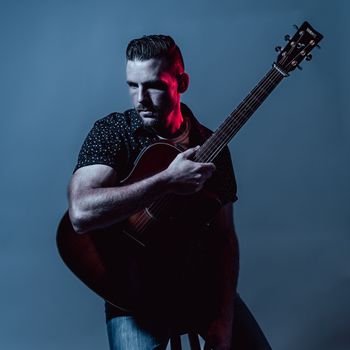 For all inquiries, including commissions and performances, please use the form below or email: